Max Verstappen claimed his third straight race victory to extend his world championship lead over Lewis Hamilton by taking the chequered flag at the Austrian Grand Prix.
The Dutchman converted pole position into victory on race day for the second consecutive weekend at the Red Bull Ring to open up a 32-point lead at the top of the Drivers’ Championship standings.
0
SHARES
FacebookTwitterGooglePinterest
RedditTumblr
Lewis Hamilton, who just didn’t have the straight line speed to challenge Verstappen, could only finish fourth with Mercedes teammate Valtteri Bottas taking second and Lando Norris, who started on the front row, clinching a podium place in third. 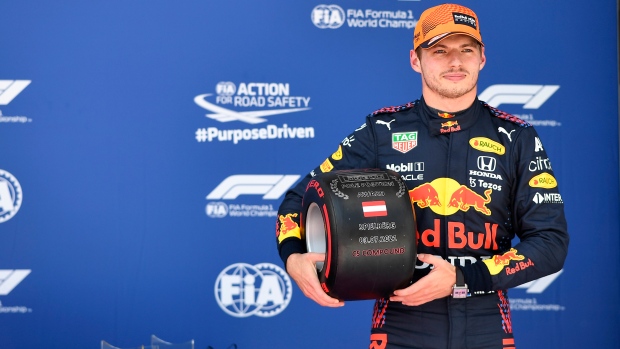 Carlos Sainz passed Daniel Ricciardo to take sixth place in the final lap, with George Russell agonisingly missing out on a point late on as the drama took place in the midfield such was the strength of Verstappen’s performance.

Despite being handed a dubious time penalty early on in the race, Norris still managed to maintain his composure and claim a podium finish. The 21-year-old showed real maturity to know when to back off and when to attack, passing Hamilton to move into third place. Norris might have taken second place with a few more laps such was the pace he had over the course of the weekend. A job very well done by the young Brit.

WHERE THE RACE WAS WON

3/71 – Norris fends off Perez! Drama into Turn 4 as Perez ends up in the gravel after a duel with Norris. He feels he was pushed off the track, but that very much looked to be a racing incident.
20/71 – Hamilton gets past Norris! The defending world champion finally gets past Norris and is up into second place. It’s a bad lap for Norris who has also been handed a FIVE-SECOND TIME PENALTY for the incident involving Perez.
41/71 – They touch wheels! Leclerc attempts to go the long way round at Turn 4, he touches wheels with Perez and the Red Bull keeps his place. The stewards have set a precedent here. It was almost EXACTLY the same sort of incident as the one that saw Norris handed a time penalty.
47/71 – Leclerc into the gravel again! Perez keeps track position, but it could well be the case that the Red Bull is handed ANOTHER time penalty for that. As I said earlier, the stewards have set a precedent here.
53/71 – Bottas is through! Mercedes gave the message to their drivers that they are going to switch them and Bottas takes second place over Hamilton who is losing a lot of pace at the moment.
Verstappen wins the Austrian GP! The Red Bull driver wins at the Red Bull Ring for the second straight weekend! It’s his third straight race victory and his fourth of the second! He has opened up a 32-point lead at the top of the standings!

BEST OVERTAKE OF THE DAY

The best overtake of the race happened after 14 laps when Leclerc passed Perez. Both he and Perez had DRS down into Turn 4, but Leclerc had the awareness to pull out and let Perez go long before ducking inside and taking the place on the inside. Brilliant technical skill.

BEST PIT EXCHANGE OF THE DAY

“For what?” Norris replied when informed he’d been handed a five-second time penalty for an incident involving Perez in the third lap. “Don’t worry about that,” he was reassured, but Norris had reason to feel aggrieved. “If it’s for Lap [3]… what did the guy expect, going around the outside?”