From Denmark’s spirited, emotional thumping of Wales and Belgium’s nail-biting victory over Portugal, to France’s shock defeat to Switzerland and England’s historic beating of Germany – the last 16 provided spectators with every single emotion available to man; it was football at its best – and its worst.

But in a round of matches so jam packed with action, who stood out for their sides? Well, here’s the team of the Euro 2020 round of 16.

Jordan Pickford (GK) – Yet another stunning performance in an England shirt. He may have his doubters but, after an all-round belter against Germany, it’s getting harder and harder to see why. From pinpoint distribution to alert shot-stopping, he was massive in the Three Lions’ win.

Cesar Azpilicueta (RB) – The match between Spain and Croatia may have been the highest scoring game at the European Championships since the competition’s first ever fixture, but Azpilicueta’s leadership and mentality gets him into this team. He was a huge part in Spain’s never-say-die attitude during that 5-3 extra-time win, as well as nabbing his first international goal to make it 2-1 to his side.

Tomas Kalas (CB) – An immovable object in Czech Republic’s shock 2-0 victory over the Netherlands, Bristol City’s Kalas put his body on the line on several occasions to deny the Dutch, as well as squaring brilliantly to assists his side’s first.

Harry Maguire (CB) – Another stoic performance in this back line. Maguire was up for the fight from the first whistle and was frankly scary to look at even behind a TV screen – no wonder Thomas Muller and co got no joy out of him. A fantastic leader’s performance, doing his all for the team.

Joakim Maehle (LB) – A perfect wing-back’s display during his side’s 4-0 thrashing of Wales, defending solidly, stifling the quality of Gareth Bale while providing creative quality up top. Had a part to play in Denmark’s opener and finished wonderfully to make it 3-0 in what was a fitting and fighting tribute to Christian Eriksen.

Hate and online abuse ruins lives. @BBCSport and @SkySports are on the same team to make sure #HateWontWin

‘Granit Xhaka (DM) – Who are you and what have you done with the real Granit Xhaka? Utterly in control for the vast majority of his side’s giant-killing victory over France. Dominated in the heart of the Swiss midfield, shutting avenues for the French forward line and midfield, while spraying the most delightful balls into teammates. A commanding showing to inspire his side into the last eight.

Paul Pogba (CM) – It’s been a dire Euro 2020 appearance for the French, but Pogba has been colossal. Another world-class individual display puts him into this midfield, he produced audacious and sumptuous creative contributions while also notching a breathtaking strike to put France 3-1 up in the second half – and then it all fell apart. 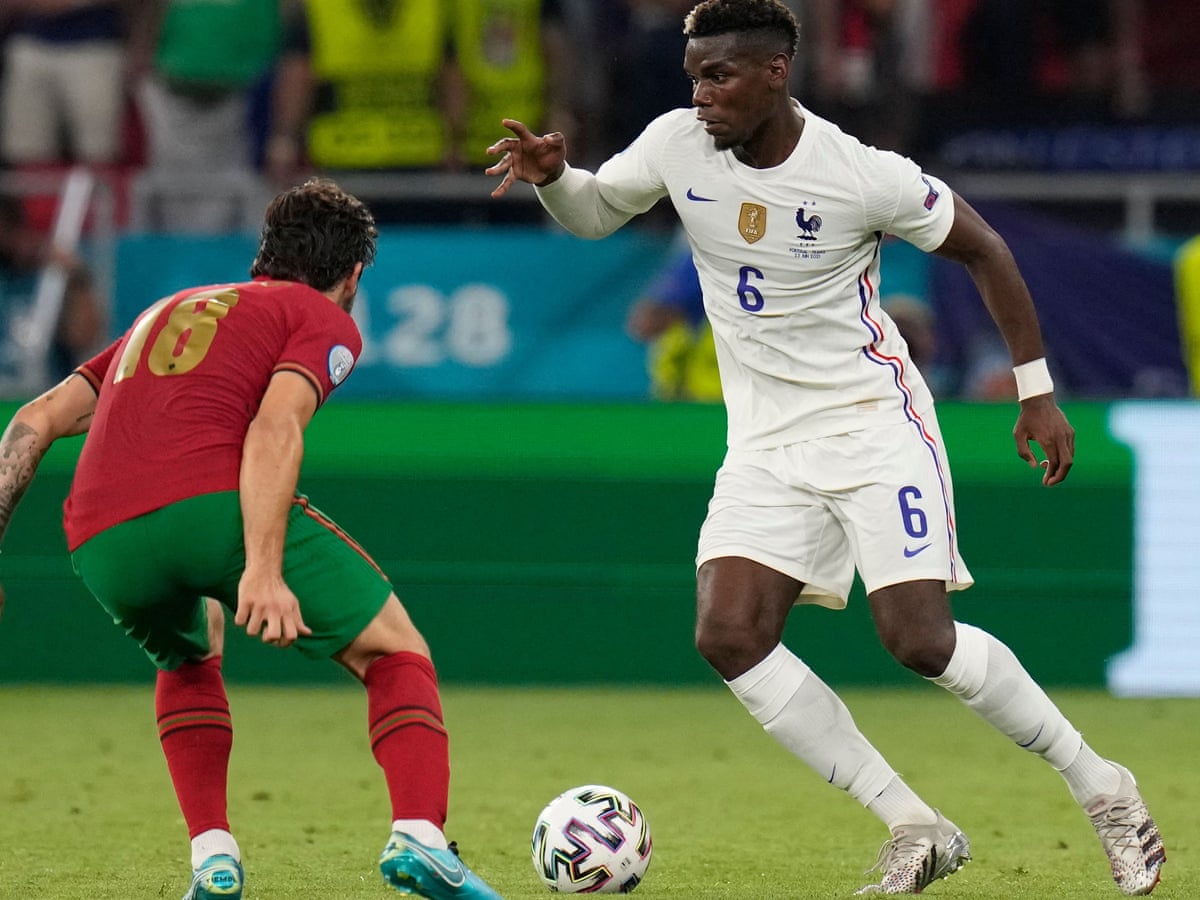 Paul Pogba had a pass completion rate of 98% in an incisive performance in France’s 2-2 draw with Portugal. Photograph: Darko Bandić/AFP/Getty Images

Oleksandr Zinchenko (CM) – Zinchenko can play literally anywhere, and showed it with a man of the match performance at left wing-back as Ukraine beat Sweden 2-1 in the most dramatic fashion. The Manchester City man’s clean half-volley put his nation ahead in the first half before his pinpoint cross found Artem Dovbyk to head home in the 120th minute – how’s that for stamina?

Raheem Sterling (AM) – England’s hero of Euro 2020 so far. Sterling put in an intelligent and tireless display against the Germans, constantly picking up pockets of space, driving forward with the ball, pulling his opposition out of position, spurring the Three Lions on and finally scoring yet another goal for his country at this European Championship. His opening goal in the 75th minute sent Wembley into raptures, and helped fire England to a first knockout victory over Germany at a major tournament since that 1966 final.

'If you don't believe we can win this, what's the point of being a fan?' 🙏🏆@IanWright0 has a clarion call for all @England supporters in the latest episode of the podcast with @markpougatch & @andros_townsend

Kasper Dolberg (ST) – After a difficult domestic season in 2020/21, Dolberg announced himself to Euro 2020 with a bright and dangerous display against Wales. His first goal was a sensational strike form outside the area to give his side the lead, while his brace came with an alert, clinical finish to practically confirm his nation’s passage to the last eight. 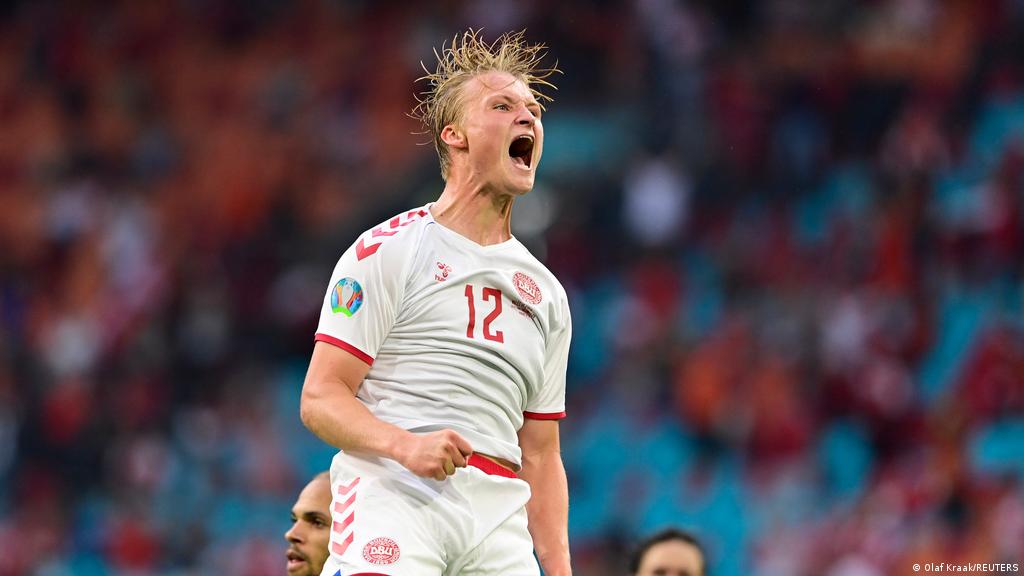 Dolberg scored Denmark’s first two goals in a stadium where he made his breakthrough for Ajax.

Karim Benzema (ST) – Like Pogba, Benzema didn’t let the fact that France were largely rubbish distract from his pure quality. After a brace against Portugal, the Real Madrid star bagged another two in the heartbreaking defeat to Switzerland. His second won’t be remembered all that much for the finish but rather for some sublime build-up play, but his first was simply genius. He turned the tie on its head, but couldn’t save Les Bleus from an eventual 5-4 loss on penalties.